Our holiday weekend took a turn on Sunday when one of the family dogs suddenly and unexpectedly took ill. Sweet Dolly awoke with severe intestinal issues from an unknown cancer, and crossed the Rainbow Bridge later that night. With the help of my Vet Tech “sister-from-another-mister,” my mom was able to keep her comfortable throughout the day. Dolly was a half Basset/half English Shepherd mix, whose father, our giant, red-headed Basset, Hubert, had a gone to the Bridge as a result of bloat (very common in the breed), a year and a half prior. Her mama, fluffy blonde Zooey, and her many brothers and sisters, cleaned and loved on her during the day, and said their goodbyes when it was time.

The emotional capacities of dogs are widely discussed and debated, but I think that anyone who has any kind of pet, knows that they all have the ability to feel something. We all know that they can tell the difference between happy and sad, and Rosie knows how to get some “happy” attention from me just by smiling, but do they feel emotions such as grief and loss? Zooey, Dolly’s mother, instinctively ran after us, a look of anger across her face, as we took Dolly outside that night. We can easily question whether it was because of propriety feelings toward her flesh and blood, or was it love for her child who was being taken away? The following day, dirt and grass put back into place, my dad found my Great Pyrenees, Astrid, sitting beside Dolly’s grave, in an area she never sits, gazing off into the distance. The next day she would do the same. 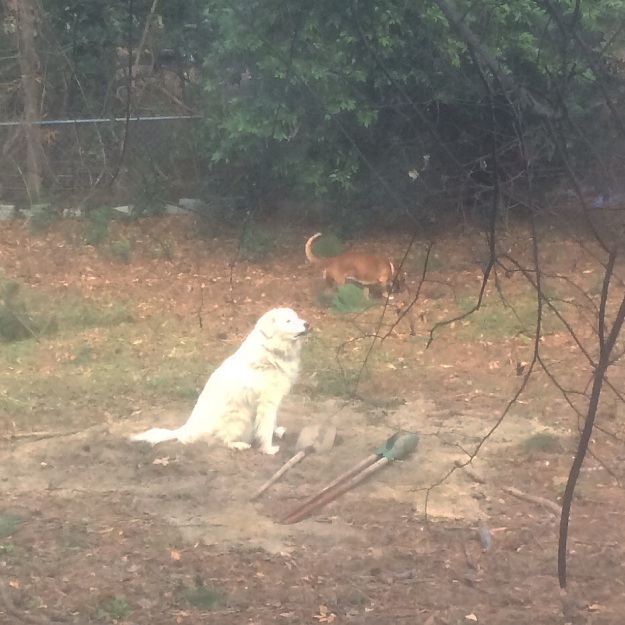 Dogs have an innate sense of smell, so why shouldn’t they have an innate sense of feeling? While we can track brain activity and test them all day long, I think our pets possess an ability to understand, to emote, to just know, in a way that cannot be measured or qualified by evaluations or trials. It stems simply from their hearts, in a knowledge of unconditional love and understanding that we as humans only wish we had.

3 thoughts on “The Beauty of the Canine”

Sail Away to Fancy

Adventures of a pawsh pup